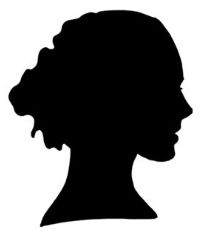 Anna Eliza Osborn, born in 1844, was the fifth child of Abraham and Eliza (Norton) Osborn of Edgartown in Martha’s Vineyard. Abraham’s first wife died before he married Anna’s mother, and they had one son. Anna’s mother died when the girl was ten years old, and her father then married Ann Eliza Mayhew and had three more children, bringing the number of Abraham’s total offspring to eleven. All three of her father’s wives came from old Vineyard families. How did these roots shape the woman who married Daniel Read Anthony?

Anna’s island home comprised a close-knit community organized around the whaling industry: her father, who had commanded many whaling vessels, built a stately Federal-style home facing the harbor in Edgartown; her brother Abraham was also a captain; her father and uncle owned a wharf together; and for part of his career her father ran the customs house. The family worshipped at the Congregational church that was only a block away.

Other races and cultures added spice to the mix of people in Martha’s Vineyard: black sailors from Cape Verde and free black people, as well as the Wampanoag Indians who predated the Europeans on that island. A Wampanoag woman married to a black man participated in an historic tale that figures prominently in island history.

In addition to English, Anna almost certainly communicated with Martha’s Vineyard Sign Language, a language of gestures that was unique to her island. Because hereditary deafness was common on Martha’s Vineyard (at one point, 1 in 25 islanders were deaf), the signs were completely integrated into island culture.

So far no images of young Anna have come to light. If you have access to any with positive identification, please send them along!