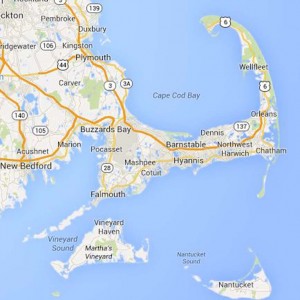 The island of Martha’s Vineyard, where Anna was born

Anna Eliza Osborn, at nineteen, married thirty-nine year-old Daniel Read Anthony. Only the basic facts and a few tantalizing glimpses remain of her.

History references her as the daughter of a whaling captain from Martha’s Vineyard and the wife of a powerful man in Kansas. Her sister-in-law Susan B., who frequently enjoyed Anna’s hospitality in Kansas, gave Anna only a few lines in her extensive diaries and authorized biography. When Anna died, her obituary digressed into a description of her flamboyant husband.

Why don’t we hear more about her? She may have been well-known in her time but simply not newsworthy. If we think of the nineteenth century as a stream carrying important history-makers, Anna was like a rock that silently impacted everyone who touched her. But how, precisely, did she influence her many guests? Did her bed and board calm and fortify Susan as she sallied forth on campaigns for woman suffrage? When Anna entertained the governor at their home, did it enhance her husband’s political aspirations?

We know that Merritt Anthony’s family lived nearby for a few years and named one of their daughters after Anna, suggesting that she was well-loved. Anna’s home must have been well-scrubbed by 19th-century standards because it served as a hospital for Hannah Anthony Mosher (D.R. and Susan’s sister) as she died of consumption and later for D.R. himself as he lay recovering from a deadly gunshot wound.

What attracted Anna to D.R., and vice versa? Maybe, as many would suggest, he wanted her money. However, I prefer to think that she leapt at the chance to experience a wider world and he saw a young woman who would share his sense of adventure

We will probably never know. But if we cannot access Anna directly, then let us get some clues about her by learning about Martha’s Vineyard, where she grew up. More on this next.