Presentations by Jeanne Gehret reveal her passion for sharing Anthony family history. Whether you represent a museum, library, school, book group, homeschool students or other organization, your audience will enjoy her insider’s look at Susan B.’s family and surroundings. All can be adapted for Zoom.

Please note: She no longer does costumed portrayals, but look below an archival collage of those events. 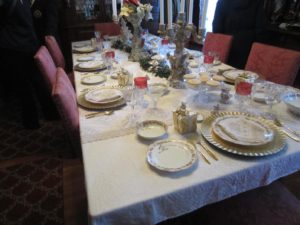 All For Suffrage: Susan B. Anthony’s Kin

Susan B. Anthony’s whole family put themselves on the line to promote equality for women and African-Americans. These noteworthy relatives, though rooted in the Quaker values of nonviolence and frugality, included soldiers, radical publishers, and people of privilege.

Trace the family’s comings and goings across early America, from Martha’s Vineyard to what was then the Kansas frontier. Some of the family members you will meet:

This riveting 30-90 minute program for ages 12-90 includes a Powerpoint presentation with archival photographs. If appropriate, Ms. Gehret will sign copies of The Truth About Daniel or Susan B. Anthony and Justice for All afterward. Ideal for book groups over Zoom.

Bedbugs and Mobs: Travels of Susan B. Anthony

Based on Jeanne Gehret’s 2017 book The Truth About Daniel, a historical novel set during the Civil War. This program can be a stand-alone event or a week-long writer-in-residence for high school. Major topics will include:

Her fascination with “all things Anthony” began when she served as a docent in Miss Anthony’s home in the early ’90s. In that era, she curated an exhibit on the Anthony family for Rochester Museum & Science Center. Her 1994 biography Susan B. Anthony and Justice for All was available in 100 classrooms in the Rochester City Schools. Before that, her groundbreaking children’s books The Don’t-give-up Kid (1990) and Eagle Eyes (1991) received much critical acclaim.

In 2012 Ms. Gehret expanded her scope of research to include Susan’s brothers and their lives in Kansas. This has resulted in the 2017 release of The Truth About Daniel, her historical novel for adults. Also in 2017, she re-issued Susan B. Anthony and Justice for All in the new Suffrage Centennial Edition.