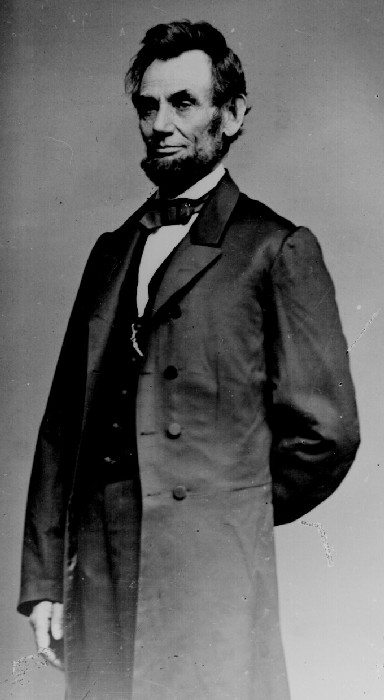 On April 14, 1865 President Lincoln suffered a fatal gunshot wound from John Wilkes Booth. The news of his death reached D.R. Anthony, his wife Annie, and his sister Susan where she was visiting them in Leavenworth.

In her diary, Susan recorded that they attended different churches to hear the ministers’ pulpit commentary on the assassination. It’s likely that they felt the same kind of shock and dismay that mark our era’s reception of the news about President Kennedy’s assassination or the fall of the Twin Towers.

D.R. must have felt a special regret because he had known Lincoln personally and later taken a special interest in his safety. Lincoln spoke in Leavenworth during his presidential campaign trail in December 1859, and that night traded stories with Anthony and other friends, propping their feet up and feeding the fire as they swapped stories.

Two years later, after Anthony had fiercely defended Kansas against proslavery forces, he was invited to guard President Lincoln in the White House at the start of the Civil War. The city of Washington was isolated, surrounded by Confederate troops, and rumors spread that Lincoln would be abducted. Thanks for a shrewd intimidation campaign by Lincoln’s guards, rebel troops thought there were far more of “those damned Kansans,” many of whom had shocked the nation by fighting alongside the notorious John Brown. You can read more about this threat to Lincoln on my 3/16/16 post, “Saving Lincoln from Abduction.”

Ironically, Booth had performed in Leavenworth on the same stage where Lincoln had admonished Kansans not to resort to violence but to solve matters by voting.