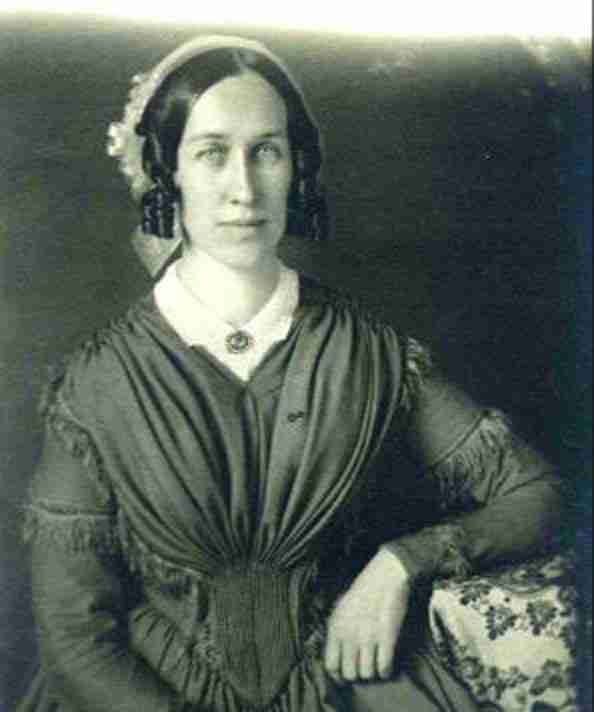 Like D.R. Anthony, Clarina Nichols emigrated to Kansas in 1854 with one of the earliest parties Emigrant Aid Company. By the time Nichols set foot in Kansas, D.R. had already returned to his home in Rochester, NY to save money for permanent relocation in Kansas. D.R. gave up (temporarily); Clarina stayed.

Both made the journey in response to the Kansas-Nebraska Act, which decreed that citizens of the new territory should determine whether the state entered the Union as a slave state or free state. The state was then a rough frontier, and in one letter Nichols described ten thousand rowdy pro-slavery Missourians storming the Kansas polling place and preventing antislavery voters from casting their ballots.

Nichols wrote many letters to eastern newspapers, cheerfully describing the austere conditions in Kansas and noting that most of the male emigrants who abandoned Kansas did so because they could not keep house and farm at the same time. She, however, was forced to do just that when shortly after moving to a remote, pro-slavery area outside of Lawrence, her husband and adult sons died leaving her among political enemies and needing to homestead by herself.

Not only did she want to fight slavery in the territory, but she hoped that the new state would have a more open mind on women’s rights. She addressed numerous legislatures in Wisconsin, Ohio, and Kansas, declaring that women should either be allowed to vote or excused from taxation. She was responsible for gaining women the right to vote in the school elections of Kansas in 1860 and many other gradual victories. Always, her ultimate goal was for woman suffrage.

Much of her devotion to righting the wrongs of married women comes from her three marriages, especially the first to fellow Vermonter Justin Carpenter. Moving around New York State, Carpenter depleted his wife’s dowry, had an irascible and erratic temper, and tried to kidnap the children. Nichols’ family prevailed upon state legislators to modify divorce laws and, in the late 1830s, she was allowed to leave Carpenter behind. Nevertheless, she was psychologically wounded and financially depleted. It was during those early years that she began a long career of newspaper correspondence and publishing, at first creating a humorous pseudonym Deborah Van Winkle, an outspoken Yankee who spoke of “wimins wrongs.”

For information about this foremother I am indebted to Kansas Historical Quarterly and American National Biography. 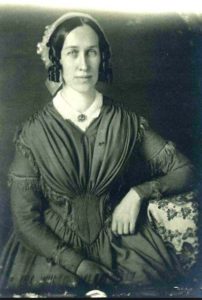 Susan’s brother D.R. Anthony emigrated to Kansas with the inaugural party of the Emigrant Aid Company in July 1854, and Clarina Nichols arrived with a larger group that fall. By the time Nichols set foot in Kansas, END_OF_DOCUMENT_TOKEN_TO_BE_REPLACED