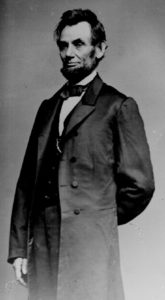 On January 1, 1863, during the Civil War, President Abraham Lincoln issued the Emancipation Proclamation that freed slaves in areas under rebellion.

Daniel Anthony had finished his military career by this point, but he would have grasped the mixed message that Lincoln was sending. In effect, the president was freeing people whom he did not even control because they were behind enemy lines. However, this may have encouraged African-Americans pressed into Confederate assistance to abandon their posts if they could reach the safety of Union lines, thus weakening the rebel cause. Fewer Southern whites would have been available to fight if they had to do the jobs that black men were forced to do.

Many Northerners, especially Susan B. Anthony, considered this document to have no teeth and pressed for an amendment to the Constitution to permanently outlaw slavery. That went into effect with the Thirteenth Amendment, ratified in December 1865 after the close of the Civil War and the death of Abraham Lincoln.