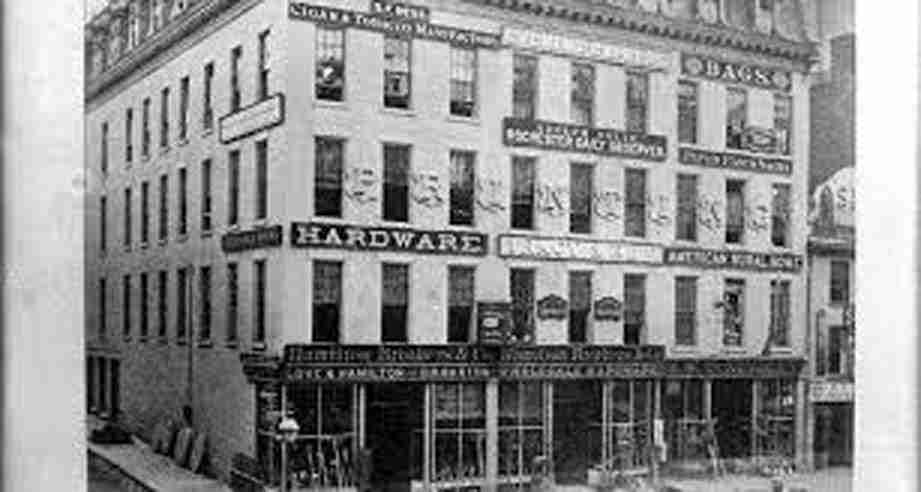 Correction: The Anthonys worked in the Reynolds Arcade, across the street from this building. Frederick Douglass had his office in the Talman Building. Sorry for the confusion.

was home to Frederick DougThis is the Talman Building in Rochester, NY, where Susan B. Anthony’s brother and father ran an insurance business. The brother will be the focus of my talk this Saturday, April 21 (details below). It features  Daniel Read Anthony, who emigrated to Leavenworth, KS. There he served as  mayor, postmaster, and publisher. But those meager facts don’t begin to tell his life story!

This talk recounts some of the research I did in Rochester and Leavenworth for my 2017 historical novel The Truth About Daniel. It’s hard to describe my excitement as I explored museums, scrapbooks, maps, and newspaper articles on this controversial man. As I walked the streets where he lived, my image of him became clearer. I learned how he:

I was stunned to discover that he left Leavenworth in the winter of 1864 to marry a refined woman heiress from Martha’s Vineyard, who left everything familiar to make her home with him in that Wild West town. Come see my collection of images that include rare photos of Daniel himself and his wife Annie at this talk on Saturday: