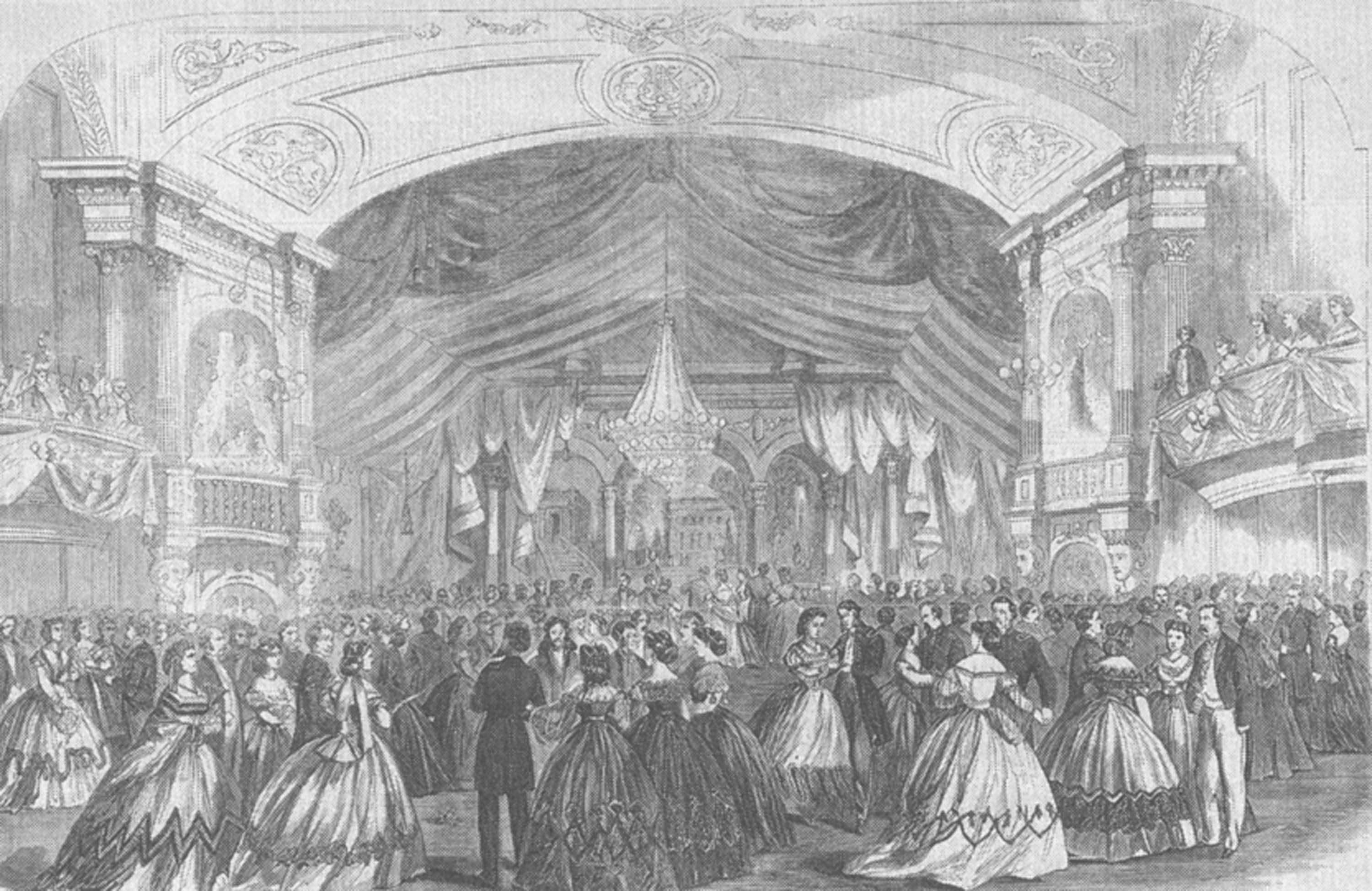 New York City residents wanting to escape the heat in the 19th century flocked to the attractions of Saratoga Springs, NY.  Both D. R. Anthony and his sister Susan gave public lectures there1. Why was the resort such a famous destination?

Tucked into a forested eastern edge of New York State and known for its mineral waters bubbling up from the ground, Saratoga provided opera (pictured above), medieval tournaments, billiards, excursions, ventriloquists, acrobats, and more. It was the perfect place to socialize, flaunt one’s finest clothing, and flirt with the opposite sex. For this reason, I selected Saratoga as the fictional meeting place of D.R. and his bride Annie in The Truth About Daniel. They approached the “meet market” with the same mixture of desperation and hope felt by today’s visitors to online matchmaking sites.

This post and the next will give competing perspectives on how America’s mid-Victorians enjoyed their resort vacation.

An article from the June 1864 New York Times2 extols the virtues of Saratoga with unbridled enthusiasm, describing renovations to various hotels whose luxuries and activities almost made one forget that the nation was still embroiled in the Civil War.

Saratoga’s Union Hotel greatly impressed my fictional Annie with its eighty-foot rotunda and four acres of gardens. The dining hall could seat 450 people, and the rooms featured hand-made furnishings. So elegant was the hotel that an 1860 scrapbooker wrote “It is like attending a dinner party every day, and a full-dress party every night.”3 According to The Times, the Union’s wine vaults extended under the entire frontage of the main building, 100 feet long by 60 feet wide.

Even in that carefully-manicured fantasy land, the war sometimes intruded. Southern visitors who had flocked there before the conflict stayed away during the battle years, causing speculation about whether the resort could remain solvent without Confederate patrons. Among the celebrities expected for the 1864 summer season was Dr. Frank Palmer who had grown rich on his invention of an artificial leg to rehabilitate soldiers injured in the war.

Drop back next time for some amusing discrepancies between the resort’s public and private persona.

PrevPreviousWill YOU be the lucky winner?
NextThe Anthonys on President LincolnNext